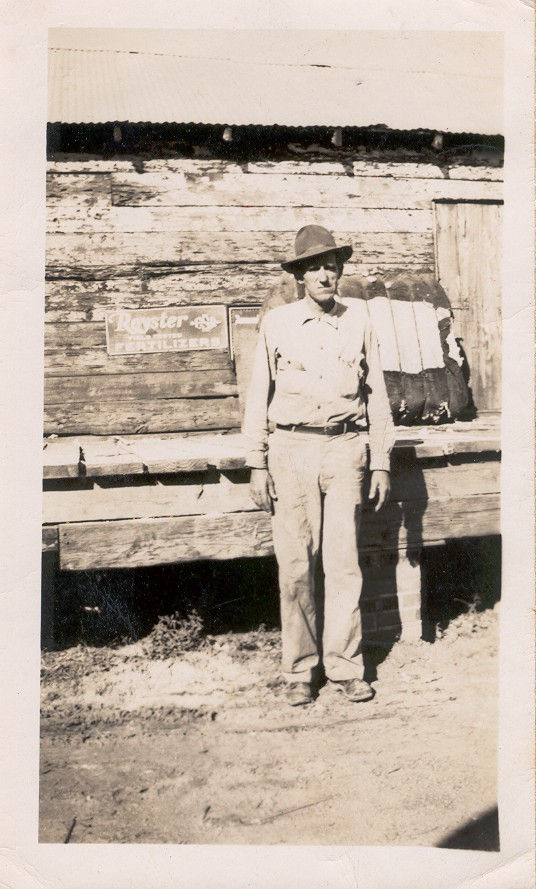 According to oral history of this branch of the Mims family, the family has been in Dorchester County, SC at least since the mid-1700's. They, like many early settlers (and others of our relatives), landed in Virginia. From there they moved to North Carolina. Family tradition has it that our branch of Mims came from England where there the family castle is located. Two of the Mims brothers came from England. Their reason(s) for leaving England may have political and/or economic. One story is that our ancestor was among those targeted politically by the powers-that-be for being on the wrong side of issues, so he left for the colonies. As the family tradition has it, one of the two brothers stayed in Virginia and the other migrated to South Carolina. That Mims brother had three (3) sons. One settled in Edgefield County, SC and another settled in the LowCountry (Dorchester County). The third may have settled in Edgefield or Dorchester Counties.

Sidney Wells Mims Sr. had many old documents (titles, land grants, etc.) that he kept in their house in the Bend of Four Hole Swamp, Dorchester. Among those documents was a land grant that was signed by the King George III of England giving title to a part of the land in what is now Dorchester, Colleton and Berkeley Counties in the LowCountry of South Carolina to Thomas Harry Mims.

There has been a Thomas Harry Mims in about every generation of the LowCountry Mims family since that Thomas Harry Mims was given a grant for a large parcel of land in the 1700's. Needless to say, most of that land had been sold (or whatever) before the present generations were born. My mother often talked of the old deeds and titles that her mother kept in a large tin bread box for safekeeping. Some of those documents were lost over time. The grant that was signed by the King George III of England fell apart from old age when a relative tried to show it to another person several decades ago (some time in the 1960's?). At that time, no-one locally knew anything about preserving old documents, and there certainly weren't any acid-free methods to preserve old papers at the time. The idea of turning them over to museums was mentioned over the years, but nothing was ever done. As we sort through old family papers, etc. we still find ourselves wondering if we'll find one of those old documents.

Cornelia Bishop, the daughter of Joseph Matherian Bishop and Ella Martha Cummings, was born Sunday, October 4th, 1896 in The Bend of Four Hole Swamp, Dorchester County, SC. She died on Sunday, July 2nd, 1989 at the home of her son Sidney Wells Mims Jr., and was buried on Monday, the 3rd in Bethel United Methodist Church Cemetery, Dorchester County, SC.

The Courtship of Sidney Wells Mims Sr. and Cornelia Bishop

Courtship in those days generally was much more old-fashioned. Dating couples were often accompanied by the girl's sibling(s) - often sisters. Or they went out in groups. Or they were chaperoned by parents, aunts, uncles, etc. People spent Sunday afternoons riding around in the family wagon to visit neighbors and "set a spell". In more urban areas, it was common for the ladies to carry "calling cards". If they stopped at a friend's house for a visit and no-one was home, they'd write a short note on the back of one of their name cards and leave it on the door where it would be found later.

During the time of their courtship (1912-1915), Sidney Mims was a student at Clemson College (now Clemson University) and Porter-Gaud Military Academy in Charleston, SC and Cornelia Bishop was attending the local school in Harleyville - about 40 miles away from Charleston (a day's journey in those days). Schooling at the local level was sporadic in rural areas. During harvest and planting seasons, school was often closed so that the children could help their families with the farm. My grandmother enjoyed school as a break from the full-time work that they had on the farm. She always enjoyed learning new things.

A few years ago I found an old wooden "Flor de Franklin" cigar box on the shelf in a closet at my parents' home. In it were stored the letters and postcards that Cornelia Bishop and Sidney Mims sent each other during those years. Grandmother had saved them and forgotten them as the years passed by. Then Mom found them and kept them as a treasure. I pass them on as a treasure to be shared - with talk of times long past, and the silly chatter and jokes of youth amid the seriousness of everyday life and hard work.

The family of Sidney Wells Mims Sr. and Cornelia Bishop

Sidney Wells Mims Sr. and Cornelia Bishop were married on Wednesday, October 4th, 1916 in Bethel Methodist Church in Dorchester County, SC. They had the following children:

Once when I asked how they met, grandmother said that one day when she was a baby and he was 3 years old they were riding with their families. As their wagons passed each other going in different directions, his parents pointed at the baby in the other wagon and said to him, "You see that baby? That's Cornelia Bishop. She's going to be your wife some day." Then she laughed. They had "always" known each other.