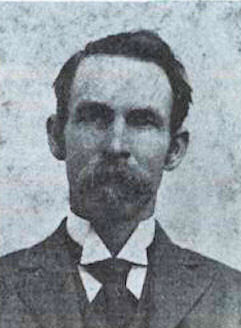 The Smith family has been in Marion County, SC at least since the mid-1700's. They, like many early settlers, landed in Virginia. From there they moved to North Carolina. The Smith family finally stopped in Marion County, SC. For at least as far back as the early 1800's, the Smith's have been faithful members of the Methodist church with circuit riders and ministers in the family from that time to the present. Stephen Smith (Stephen Whiteford's father) had a brother (The Rev. John L. Smith) who was a circuit rider.

Stephen Whiteford Smith, the son of Stephen Smith and Mary Ann "Polly" Huggins, was born on Thursday, March 18th, 1852 in Mullins, Marion County, SC. Besides being a farmer and a leader in the community, Stephen Whiteford Smith served in the South Carolina House of Representatives in the early 1900's. He died in 1923 in Mullins, SC and was buried in Millers Methodist Church Cemetery, Marion County, SC.

The family of Stephen Whiteford Smith and Ella Boatright

Stephen Whiteford Smith and Ella Boatright were married on Thursday, December 3rd, 1874 in Millers Methodist Church in Marion County, SC. They had the following children: 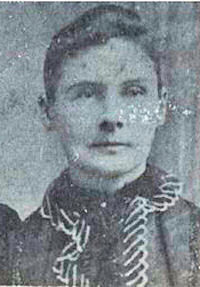 Thornton B. Smith remembered his grandmother Ella Boatright as passive, meaning that she would quietly say, "Now, boys, you mustn't do...", while his grandfather Stephen Whiteford Smith was the stern disciplinarian in the family ("spare the rod and spoil the child" type). Thornton Smith said that his grandfather was generous in helping their two children, a boy (Whiteford Fleming) and a girl (Bessie who married a Brunson). Stephen Whiteford and Ella originally owned a good bit of the land around Mullins which they farmed. They later gave 100 acres to their son Whiteford Fleming who married Rosa Baine Thornton.

When he was a small boy, Thornton Smith spent much of his time at his grandfather's (Stephen Whiteford Smith) house - sometimes he'd stay a couple of weeks, or until one of his brothers was sent to get him to help out at home. He said that when he stayed at his grandfather's house they had a nighttime ritual. Grandfather Smith would sit in his rocking chair and ask him, "Would you take off my shoes for me?". Then his grandfather would say, "Take off my socks too, and pull it back and forth between my toes." This was his way of cleaning between his toes at night. It's a habit that Thornton Smith adopted, though he never asked his children to "pull" his socks between his toes for him. After he would finish with his grandfather's shoes and socks, he was told that it was time for him to go to bed. At that point Thornton Smith would ask him to tell him a story first - which he did.

Mary Ella Smith remembered that their grandfather always made them get dressed up for Sunday, and was always telling her to comb her hair. She remembered that he made the grandchildren wait on him "hand and foot" - doing things like getting him the water to soak his feet.